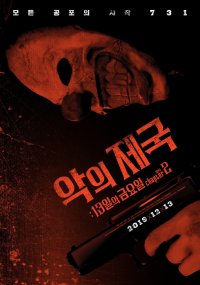 Synopsis
"Run, not walk, if you want to live!"

A series of murders called 'the suicide syndrome' occurs everywhere at the same time and Phillip and Cheong-ha, who have been investigating the cases, disappear.
Meanwhile, youth police Jae-hyeok had managed to deliver a critical piece of evidence to Cheong-ha, but he is chased by the Japanese police and a killer dispatched from the U.S.
He avoids a couple of dangerous moments thanks to a woman who calls to give him information, but as things progress, he gradually moves to the center of the case regardless of his will...
At the same time in a hospital in Pyeongyang, North Korea, a female doctor who discovers the abnormalities of a dead body's cells being revived is forced by authorities to go down to South Korea...
What is the key Jae-hyeok is holding? Why is the killer from the U.S after him? Why is the Japanese police investigating the 'suicide syndrome' that's happening in Korea? Why is North Korea trying to hide the truth of the Japanese secret project?

View all 11 pictures for "Evil Empire: Friday the 13th Chapter 2"