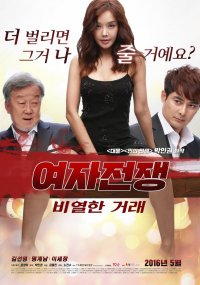 View all 12 pictures for "Female War: A Nasty Deal"