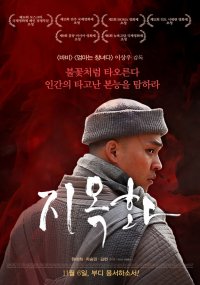 Synopsis
Ji-wol, a Buddist monk, is banished from his temple after an inappropriate affair with a female fellow believer. Upon returning home he happens upon a woman, Yeon-soo, drinking by herself in a restaurant. His newly rediscovered desires swirling out of control, he rapes and then accidentally kills her. Guilt-ridden, he prepares to take Yeon-soos ashes to her family, who live in the Philippines. After arriving, in a twisted moment of karma, he meets Yeon-soos twin sister, Yeon-hwa, and falls madly in love with her.

View all 14 pictures for "Fire in Hell"