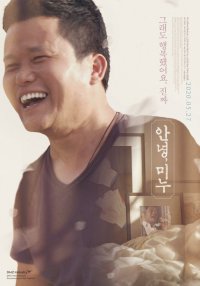 Also known as "Coming to You, Minu"
Synopsis
Minu, a Nepalese man who loves the song 'Mokpo's Tears' may not even know the Himalayas behind his hometown.
He came to Korea at the age of 20, and for 18 years, has been working from restaurants, garment cutter at a sewing factory, to being a band vocalist.
While dedicating his youth to loving Korea more than anyone else, he was forcefully deported 11 years ago.
Even after being a successful businessman upon his return to Nepal, he still loves Korea ever so deeply.
For this reason, the members of his old band flies to Nepal for them to perform together again.
Minu, tears in his eyes, hands in gloves, trembles when he holds the microphone.
After a performance which seemed to be a dream, he said, "I can finally die now" as he smiles brightly...

View all 41 pictures for "Free Minu"