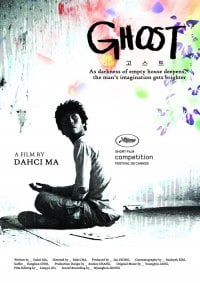 Synopsis
An empty house in a neighborhood with no residents. A man in poverty sits in the dark alone. He sucks on a chicken bone to fill his hunger but it's no use. The bone he puts down in the floor turns into a doll and follows him around and the man falls into a strange illusion.

View all 18 pictures for "Ghost - Short"