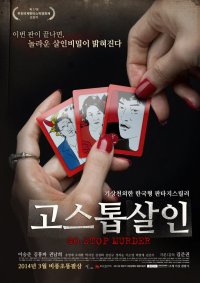 Synopsis
Four middle-aged men and women spend their weekends in a country horse ranch, constantly playing Go-stop. When a puzzling death comes to one of them, a young worker at the ranch is forced to join the game as her substitute. The young man soon realizes that people have been dying according to the final layout of the cards in each round.