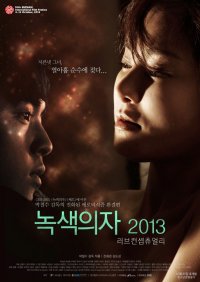 Synopsis
Moon-hee is an attractive woman who runs an art academy after returning from the States. She lives apart from her husband who won't divorce her and enjoys a free relationship with In-gyu, her lover of long time and Professor Yoon whom she's been privately involved with for a long time.

On the other hand, her young student Joo Won only draws her face during class. He fell in love with her when he saw Moon-hee as a bride at the wedding his grandma took him too. He started art because of her and started attending the academy. He thinks it's destiny. Moon-hee is attracted to Joo Won's pure heart until they share love in in a studio where it's just them....