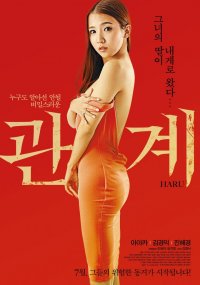 Synopsis
There's a relationship no one should know about.

Psychiatrist Yeong-woong and his wife have been married for 10 years. They've lost interest and now neglect each other. Life is just a dull routine for them. Then one day, Haru, a child Soo-hyeon had when she was a student in Japan shows up in front of them hurt and exhausted from her boyfriend's betrayal. Soo-hyeon asks Yeong-woong to treat her and as a psychiatrist, he does his job. However, as the sessions progress Yeong-woong feels more for Haru than he should and starts thinking of a relationship beyond a doctor and a patient...

View all 24 pictures for "HARU"