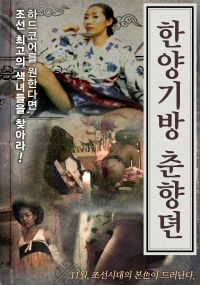 Synopsis
The chasity of the most beautiful women of the Joseon has fallen! Maewol-dang is a gisaeng house located on the outskirts of Hanyang in the early Joseon times. With madame Wol-gi in the lead, there are Nok-su, Chunhyang, Sim-cheong and other beautiful gisaeng's living there. One day a party happens in the gisaeng house and the reason is Wol-hyang's long time lover and Lord Park Pan-seo has come back to Hanyang for the first time in 8 years. Nok-su has always been jealous of the Madame position so she schemes to seduce Lord Park and take over authority.
One rainy night, a woman in a Kimono bangs the door of the Maewol-dang. Servant Kong-ji opens the door and this Japanese geisha named Namikko asks to meet Wol-hyang. Meanwhile, the next morning, a male servant named Dol-se is found dead, stabbed by a hairpin that Chunhyang lost and hell breaks loose in Maewol-dang. Wol-hyang's close nephew Lord Lee Joon-ki comes to Maewol-dang to rest his weak body. He attracts the attention of all the gisaengs in the house for his boyish looks and the gisaeng's dream of romance with this pretty Lord. Who is this Lord with a hint of sexiness? The gisaengs try their best to look their best for this Lord...