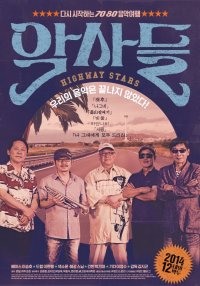 Synopsis
The members of the worlds first Buddhist jazz band Udambara used to be the stars of night clubs in the 1970s. After overcoming their setbacks, they reunite again to become stars again - not in the clubs this time, but on the street.

View all 27 pictures for "Highway Stars"