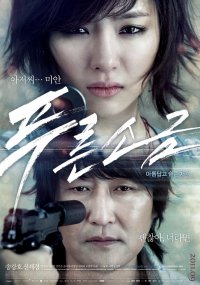 Also known as "Blue Salt"
Synopsis
Retired mob boss Du-heon enrolls in a cooking class with the hopes of making a fresh start as a restaurant owner. In the class he meets a quirky girl, Se-bin, and finds himself drawn to her. Despite his determination to wipe the slate clean, Du-heon is summoned back into the criminal fold by his old colleagues.

View all 96 pictures for "Hindsight"