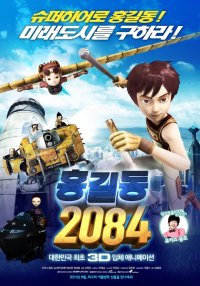 Synopsis
Koreas first 3D animation. In 2084, a brave young boy named Hong Gil-dong (Dong Ho of boy band U-KISS) accidentally helps save a beautiful woman warrior. He hears that other residents of Yul-do have been harassed by a crew led by his older brother Il-dong, who had abandoned Gil-dong when they were young. He decides to step up and face the evil clan.