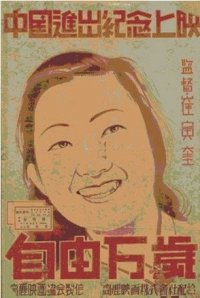 Synopsis
In August 1945, Nam-boo (Dok Eun-gi), a Japanese collaborator, reveals the name of an independence activist, Choi Han-joong (Jeon Chang-keun), who puts him in prison. But Choi successfully escapes, and secretly hides in Hye-ja (Hwang Ryeo-hui)'s house, who works as a nurse at a university medical center. As Han-joong's underground organization prepares to raise an armed uprising, Park (Kim Seung-ho-I) who has a bomb, gets caught by the Japanese military police. Han-joong saves Park, and hides himself in Nam-boo's girlfriend, Mi-hyang's (Yu Gye-seon) apartment. While she is hiding him she develops a crush on him and goes to his organization's place, and gives them information and money. Nam-boo and the military police who had been following her shoots her to death, and Han-joong is shot and hospitalized. Hye-ja, who used to love Han-joong, helps him to escape from the hospital, while the military police fall asleep while monitoring him.

View all 10 pictures for "Hurrah! For Freedom"