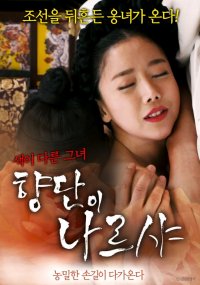 Synopsis
Wol-mae and Bang-ja try to trick Lord Lee's son Lee Mong-ryong and getting a fortune out of him. However, it's not enough for old Wol-mae to seduce Mong-ryong so she gets Hyang-dan, a celebrated gisaeng to approach him. Mong-ryong has to prepare for the highest-level state examination to recruit ranking officials to honor his family, but he's not interested in studying but only in Chun-hwa. Wol-mae and her team lure Mong-ryong into committed lewd activities with women. According to their plan, Mong-ryong falls for it and Wol-mae is dreaming of stealing a fortune off of him...