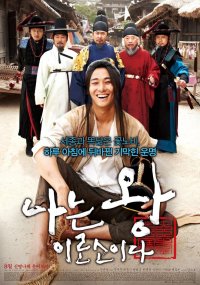 I Am a King | Soundtracks, OST (Sponsored)

I Am a King | HanCinema Reviews

I Am a King | Shopping

I Am a King | Pictures

I Am a King | Videos | Suggest a video

I Am a King | Reviews

I Am a King | Community