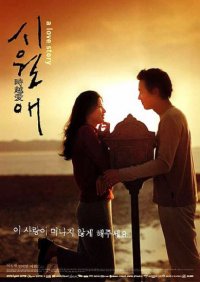 Also known as "A Love Story"
Synopsis
A woman moving out of her beautiful seaside home named Il Mare. She leaves a letter in the mailbox, but somehow it is delivered back in time to Sang-hyun, the previous owner of the house. Upon receiving the letter, Sang-hyun, a gifted young architect, refuses to believe that the writer lives two years in the future. Nonetheless the two take up a written correspondence. The woman asks Sang-hyun to recover a tape recorder which she lost in the subway station two years hence. As he arrives at the station, he sees a beautiful woman boarding the train, accidentally leaving her tape recorder behind...

View all 67 pictures for "Il Mare"