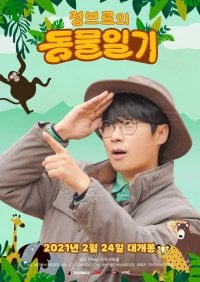 Synopsis
A creator about creatures with 900,000 subscribers, Jungbrre!
Jungbrre, who loved animals since he was a child, became a zookeeper and met a lot of animals. A lion who loves elephant poop, a lovely brother-and-sister Korean tiger, and a parrot that imitates animal voices! Life as a zookeeper is difficult and beyond ones power, but spending time with cute and lovely animals is fun. With his experience as a zookeeper, Jungbrre shares his love with animals as they becomes friends.