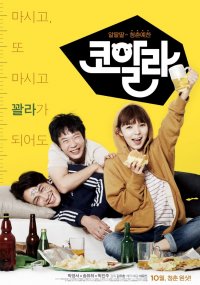 Synopsis
Dong-bin (Park Yeong-seo) quits his job for his own set up, Jong-ik (Song Yoo-ha) makes an attempt at his 200th audition and Woo-ri (Park Jin-joo) works hard at her part time job as always.

The three youths hold a drinking party, puffed up in their dreams. One bottoms-up means 200% in profits! Two shots mean a star on its way and three means my own house!

However, their expectations skid to a halt...
The shop is empty, the patties cost sky high, new menu fails and thier shop is seized.

View all 38 pictures for "Koala"