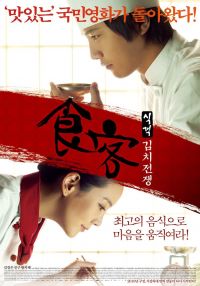 Also known as "Le Grand Chef 2: Kimchi Battle"
In the sequel to the 2007 film ``Le Grand Chef,'' based on the celebrated comic series ``Sikgaek,'' cooking genius Seong-chan (Jin Goo) hears the news that world-renowned chef Jang-eun (Kim Jeong-eun) is trying to close his childhood residence/restaurant, Choonyang-gak. To save Choonyang-gak, Seong-chan must compete against Jang-eun to make the best kimchi dish.