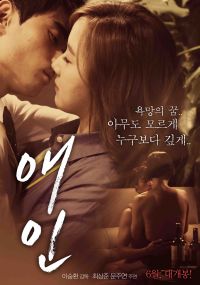 Synopsis
One day Sang-rim grabs an once-in-a-lifetime chance under his harsh circumstances.
Sang-rim, without any qualifications or network, passed the document review with a large corporate company called SG Venture. He is finally hired as an intern right at the spot on the interview day by the female CEO of the company, Sook-kyeong, although the interviewers objected the decision.
Sang-rim has grown to admire the charismatic and attractive CEO and tries to work hard. However, it was not that easy. While Sang-rim keeps asking her to assign him to a different department, she shows him his contract with the private moneylender, Yong-geun and asks him to concentrate on her.
Sang-rim is perplexed as the sexy CEO keeps flirting with him. Although he becomes used to Sook-kyeong, Sang-rim still cannot understand her attitudes towards him. Meanwhile, Sang-rim becomes close to Yeon-soo, who is a newly hired intern.