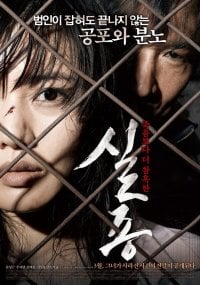 Synopsis
Hyeon-jeong's sister hasn't been seen for several days. Distressed by her sudden disappearance, she triangulates her cell phone and tracks her to a rural village. She reports her sister missing at a police station but the officers dismiss the case due to lack of evidence. Through a witness, Hyeon-jeong discovers that her sister was seen near Pangon's home. She desires to make her move with the police but the villagers tell her that Pan-gon's not a vicious person that she thinks he is. She calms down and gets ready to leave the village but Pan-gon appears before her. She follows him into his home and uncovers the truth.

View all 44 pictures for "Missing"