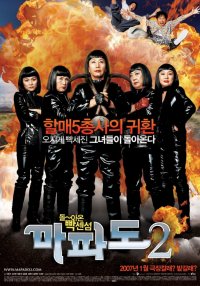 Synopsis
Once again Choong-soo heads for Dongbaek Island, this time on a mission to find millionaire Mr. Park's first love. Following a storm at sea and a shipwreck, Choong-soo and fellow passenger Gi-yeong wake up on Mapado. And once again, five old women living on the island exploit the two young men for their labor. Exhausted and maltreated, Choong-soo envisions ways off the island to complete his task. But when Choong-soo discovers that Dongbaek and Mapado are one in the same, he begins an investigation into the five women's pasts.