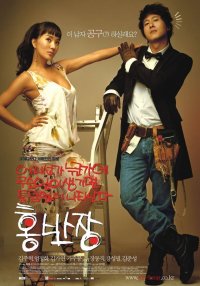 Synopsis
Hong Doo-sik is the head of the neighborhood association, a position usually bored housewives would want. Tall, good-looking, he knows everything and can do anything - there is something special about him. Especially, the three years after he finished his military service still remain a mystery. Some say he was the interpreter at the Korea-US summit talks, or that he was the bodyguard of a singer. Other's say he had crossed the Atlantic by swimming. The invincible Mr. Handy has met his match. It was Yoon Hye-jin, a dentist. She had turned in a letter of resignation as a threat, which was accepted at the spot. Hye-jin was a righteous perfectionist. She was fighting for the rights of doctors at the hospital when she turned in that letter of resignation. She doesn't care if her thorough and meticulous medical activities become the object of ridicule. She speaks for the 100,000 drivers, and sometimes of the victims of sex crimes. She is denied a job from all the hospitals, and opens her own clinic in the small city. Mr. Handy barges in anytime and anywhere disrupting whatever she was doing. Mr. Handy has quite a few jobs. He delivers Chinese food, works at a convenience store, a diner, live caf?, and what not. Anywhere she goes, she finds him there. For Mr. Handy, in his 6 years in the neighborhood, she is by far the worst problem maker he's ever seen. She causes a fracture to the neck of a man. When giving him her whole clinic wouldn't be enough, she goes and wrecks his expensive.