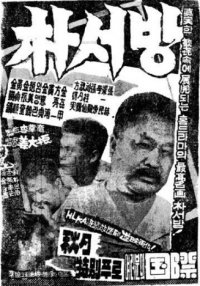 Synopsis
Mr. Park raises his children by repairing charcoal pits. Although ignorant and stubborn, Mr. Park has a good heart. He is displeased, however, with his eldest daughter, Yong-soon (Jo Mi-ryeong), because of her close relationship with Jae-cheon (Hwang hae), who is a scamp in his eyes. He is also unsatisfied with his second daughter, Myeong-soon (Um Aeng-ran), for liking Joo-sik (Bang Su-il). Only his eldest son, Yong-beom (Kim Jin-kyu), is the apple of his eye, as he approves of his son's wife, Jeom-rye (Kim Hye-jung-III). When Yong-beom is sent to a foreign branch office, Mr. Park is against it at first but approves of it, as he knows what it means for his son's future. Eventually, too, he begins to approve of his two daughters' relationships.

View all 7 pictures for "Mr. Park"