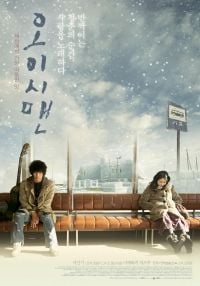 "Oishi Man" is co-production between South Korea and Japan

Once a promising musician, Hyeon-seok has been living as a commoner after he found the symptom of Menieres syndrome. He had to stop playing music because his ears distorted sounds into noise. To run away from reality and depression he heads to Japan. Arriving at Monbetsu, a small city in Hokkaido, Japan, he meets Megumi at the train station, the local travel guide. Staying at Megumi Inn, they get to share emotions through music, natural sounds and having meals together.

View all 34 pictures for "Oishi Man"