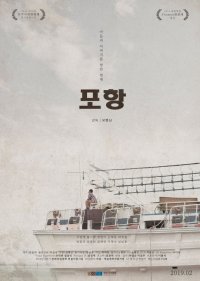 Synopsis
A man returns to his hometown of Pohang to look into the disappearance of his father. However, he is restless and unwilling to start his life again. He refuses work and instead creates lifesize dolls resembling his father to throw into the sea. As he does this, he becomes lost in his head.

View all 35 pictures for "Pohang Harbor"