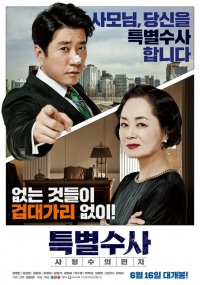 Also known as "A Letter From Prison" and "Special Investigation: The Prisoner's Letter"
Synopsis
A criminal investigation movie about a broker named Pil-jae who is untouchable by the police and prosecutors, tracking down the truth to a murder case after he gets a mysterious letter from a prisoner.

View all 151 pictures for "Proof of Innocence"