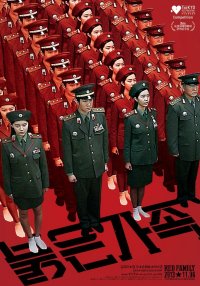 Synopsis
An outwardly happy family is actually a covert unit tasked with a dangerous mission... A moving drama that vividly evokes the Korean dilemma, written and produced by provocateur Kim Ki-duk. Its superb balance of serious subject matter and humor is guaranteed to elicit tears from viewers.

A harmonious family who appear to be the epitome of happiness, and a volatile family who constantly fight. The former is a front for a group of North Korean spies, and the latter a genuine South Korean family ensconced in capitalism. Contradictions, serious themes, ghastly scenes, and humor build to a moving climax, engineered by a superb Kim Ki-duk script.

View all 30 pictures for "Red Family"