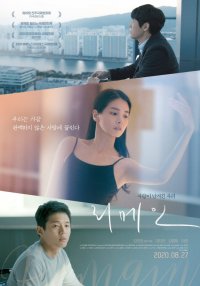 Started filming : 2017/11/07
Synopsis
Soo-yeon and Se-hyeok have been married for 10 years. Se-hyeok has an aspermia, Soo-yeon has an insensitivity to sex, and they do not have a kid. While their marriage looks comfortable amid economic stability, it is frustrating to Soo-yeon who was once a promising dancer but stopped her career due to an injury. After they moved from Seoul to Busan due to Se-hyeok's work, she starts to teach Joon-hee who once dreamed of being an actor but now has paralysis of her lower body. Remain is about the rupture in life when a person who used to have no sense of life now feels joy of the life through the body. The protagonist who has been injured meets a girl that has more severe injury than she used to. They become self-aware of each other's body and rehabilitate through their mutual body communication. But finally, their body's liberation destroys the existing relationship of their lives.

View all 17 pictures for "Remain"