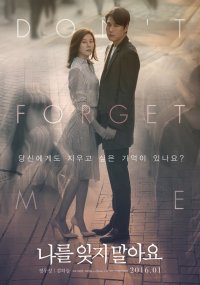 Formerly known as "Don't Forget Me"
Synopsis
Actor Jeong Woo-seong takes part in creating this feature film which is actually a short film by director Lee Yoon-jeong, who introduced it in 2011 at the Mise-en-scène Short Film Festival. This movie is about the anxiouness and solitude of a man who's lost his memory.

View all 80 pictures for "Remember You - Movie"