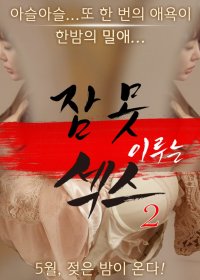 Synopsis
Jeong Mi-rae has had an outstanding ability in writing since she was young. She's realistic and she gets a lot of job offers. However, this is only when she was young and now that she's been at it for 10 years, she doesn't get as much work as she used to. Now, she gets offers for adult comics or erotic movie scenarios. She starts working on them so that she can make a living but as realistic as she is, she needs to experience eroticism herself to write anything about it. She tries out different positions on her own and even on younger men who are easy to seduce. However, the production company doesn't like what she wrote and Mi-rae's ego is hurt. So, she plans doing something that will surprise them.