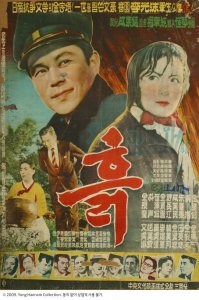 Synopsis
During the 1930s, the oppression of Japanese rule was severe. Heo Seung (Kim Jin-kyu) who states that he was "born from soil, will live in soil, and die in soil," goes to live at Yoon's house, a government official in Seoul. In Seoul, he attends college, and after graduating, he plans to go back to his hometown in Sannyeoul, but Yoon persuades him to go to Japan and take the High Civil Service Examination, which he passes with flying colors. Although Heo Seung's lover, Yoo Soon (Jo Mi-ryeong), waits for him in his hometown, he dismisses her and marries Yoon's daughter, Jeong-eon (Moon Jung-suk). Although Jeong-seon wants Heo Seung to succeed and become a judge or public prosecutor and be rich, Heo Seung becomes a lawyer and does not live up to her expectations. Heo Seung, who had wanted to work in the agricultural sector in the first place, goes back to his hometown to help Han Gap (Seong So-min) who is now courting Yoo Soon and the other villagers, who have been imprisoned after protesting against Japanese oppression. Displeased by her husband's choices, Jeong-seon has an affair with his friend, Kim Gap-jin (Park Am), even while Heo Seung is helping to free the villagers. Discovering once again that farm work is the true way to help his country, he decides to return to his village. In Seoul for a short while, however, Heo Seung finds out about his wife's affair, returning to his hometown after writing her a letter telling her to do as she pleases.

View all 36 pictures for "Soil"