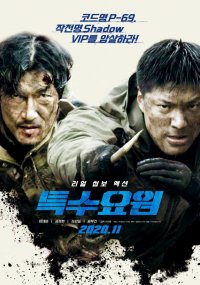 Synopsis
Eliminate the North Korean hidden VIPs!
Won-cheol of the National Intelligence Service of the Republic of Korea is offered a mission.
Eliminating VIPs who participated in the operation to develop weapons of mass destruction in North Korea.
Won-cheol is forced to accept the mission while thinking of her daughter 'Ah-reum' who is in danger
The secret operation of South and North Korean special agents begin!

View all 34 pictures for "Special Agent"