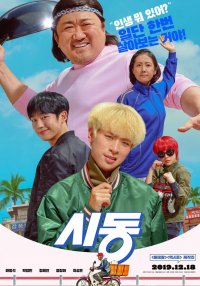 Based on an original webtoon "Start", it is the story of the growing period of a youth who ran away.
Taek-il (Park Jung-min) rebels against his mother (Yum Jung-ah), refusing to go to school or study, and is earning himself a 'spike' everyday. When his best friend Sang-pil (Jung Hae-in) jumps into society to make money, Taek-il leaves his house too. Then he meets Geo-seok (Ma Dong-seok), a huge chef in a Chinese restaurant. After a strong first impression, Geo-seok and Taek-il become the biggest competitors in their lives, and Taek-il runs into the most unexpected people in the restaurant.