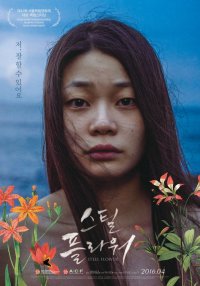 Synopsis
Each night, a homeless girl stays in abandoned houses to get by. In the winter, she leaves the cold environs of Seoul and heads to Busan, eventually finding an empty house in an abandoned part of town. She starts looking for a way to make a living, but its difficult to find a job with no home address, no ID card, and no phone number. She ultimately does find work, but her employer takes advantage of her and ends up firing her without paying any wages. No one seems to be on her side in this harsh and abusive world. Park depicted a similar story about three homeless girls in his debut film, "Wild Flowers" (2014). While Steel Flower is in the same vein, its more concise since there are fewer characters on which to focus. He also tries to avoid using the same stereotypical characteristics of the films antagonists. Jeong Ha-dam, who played the youngest girl in "Wild Flowers", appears as lead in this film and leaves viewers with an intense and lasting impression. (NAM Dong-chul)

View all 25 pictures for "Steel Flower"