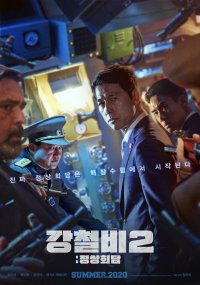 Started filming: 2019/08/27
Re-release date: 2020/09/30
Synopsis
"Steel Rain 2: Summit" is a futuristic film about a crisis near the brink of war after three leaders are kidnapped by a North Korean nuclear submarine in a coup détat during a summit between the two Koreas and the United States.