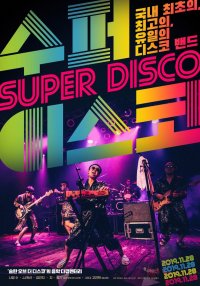 Synopsis
'Sultan of the Disco' was so called the first lip sync dance group in Hongdae. Now, they became one of the well-known bands in Hongdae music scene. The director decided to make a documentary about the band when they were officially invited to the Glastonbury festival in U.K. in 2014. What the director anticipated was that he could record some episodes following the whole process of the bands making their second studio album. However, you never know what the future brings. "Supported by JIMFF 2017 Music Film Project Promotion"

View all 27 pictures for "Super Disco"