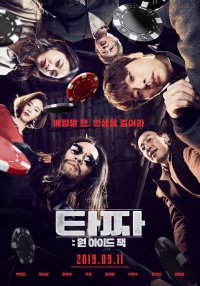 View all 122 pictures for "Tazza: One Eyed Jack"