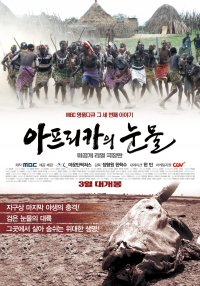 Theatrical version of the MBC documentary.
Synopsis
'Tears of Africa' is the third episode of the 'Tears' series after 'Tears of the Amazon' and 'Tears in the Arctic'. This documentary reveals new part of Africa people have never seen before.

View all 12 pictures for "Tears of Africa - Movie"