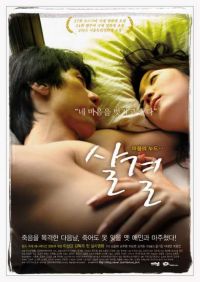 A promising photographer Min-woo runs into his ex-lover, Tae-hee. Although she is now married, the two begin an affair, and have sex frequently. One day, Min-woo is at the scene of a car accident, and the female victim dies in his arms. After this, Min-woo finds his psyche invaded by the soul of a strange woman.