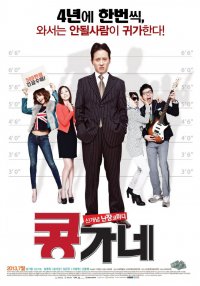 Screenplay by No Do-yeon (노도연)

Also known as "Kong's Family"
Synopsis
Human scumbag Jang Baek-ho is released from prison 4 years later and is furious. Settng up a noodle restaurant is his only dream but money from his account is missing. He goes after his siblings and his wife and the secret to his disrupted family reveal itself one by one.

View all 14 pictures for "The Beans"

The Beans | Videos | Suggest a video

The Beans | Links | Suggest a link