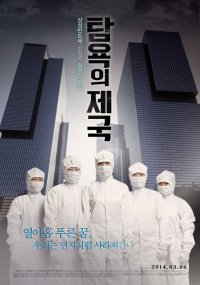 Synopsis
Everyone wanted the dream job.
I got leukemia there.

The Korea Workers Compensation and Welfare Service is noisy again today. People are yelling, "Aren't the lives of our workers precious?" while holding portraits of people and conflicting with those standing in guard of the doors to the building.

Hwang Yoo-mi had to give up her dreams because of a sudden occurance of leukemia, Han Hye-kyeong couldn't cry or talk or walk due to the post-effects of tumor surgery. Lee Yoon-kyeong got up from her sick bed saying she would embrace everything that she can in the last year that she has to live. Park Min-sook didn't even have time to mourn over the death of her colleague's death as she was diagnosed with breast cancer as well. Hwang Sang-gi had to let go of her daughter who was excited she could get a job in a major company with a high school degree, and Jeong Ae-jeong who is determined to investigate her husband's death; these people can't accept the death dawned upon them.

Everyone wanted the job.
It seemed like 'the world unknown", the dustless rooms and cloned uniforms. They had to work the machines to the fullest they couldn't even take a toilet break with disgusting smell all around them but they had no complaints as they they got bonuses. Was that a crime? Working so hard? They had to collapse in despair in front of the word 'death' and they start investigating the hidden truth of a global leading company.

The Empire of Shame | Cast

The Empire of Shame | News

The Empire of Shame | Pictures

View all 30 pictures for "The Empire of Shame"

The Empire of Shame | Videos | Suggest a video

The Empire of Shame | Links | Suggest a link

The Empire of Shame | Reviews

The Empire of Shame | Facts

The Empire of Shame | Community