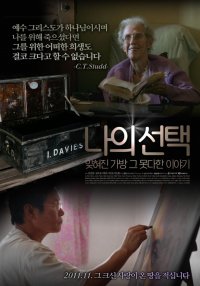 It seems I must find this bag...
Kwon O-joong hears the story of the "forgotten bag" through a pastor. A bag that has been in underground storage of a missions group in England for at least 70 years.
He is curious about what is in the bag that missionaries leave behind as they go to their field. Why haven't they taken their bags yet? Where have they gone? What happened in the mission field? Who are they? Can I open it once? He also brings his close friend Lee Hyeon-woo into it. Hyeon-woo is curious too... Don't you want to open it? It's a bag that has been left without an owner. Finally, the two follow the bag and leave on an unforgettable journey.

But they can't find the lost bag, and the incidents never stop. They get robbed, their passports are stolen, they leave their camera, and people refuse to film... And they go to northern Ireland to meet an old female missionary who loves speed driving. They almost died and left the lost bag behind!

They canceled all schedules and flew to the bag, but where has the bag gone?

Is this really God's will? There are too many people you can't understand in the world.
While evangelizing in Guinea Bissau, missionary Lee In-eung loses his daughter to the Africans. But he uses the crayons his daughter loved to draw the faces of the Africans, to forgive, and to love them. Oh-jung is touched by this story. Fortunately, an art exhibit of missionary Lee In-eung, the 2009 Underwood Award winner, and Oh-jung and Hyeon-woo attend. They meet the missionary and his wife. Hyeon-woo cannot understand. If the missionary went to serve God, why would God let this horrible thing happen to him? And these people continue to serve at Guinea Bissau?

Their journey continues until they find the forgotten bag.
Their trip becomes more complicated. Australia, England, northern Ireland, South Africa, Senegal, Uganda, Congo, Gambia, Guinea Bissau! They come back to Africa and wonder why they are there. Still, they continue to go to an unknown place, and they meet people who had been in pictures...

View all 43 pictures for "The Forgotten Bag"