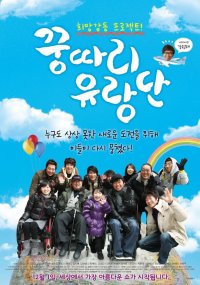 Synopsis
Once one of Koreas most famous dance music singers, Kang Won-rae had everything taken away from him by a traffic accident.After working through his anger and despair, he eventually organized an entertainment troupe consisting solely of talented handicapped performers. With numerous successful performances, a major television station offers to produce a soap opera about their story with the performers playing themselves. Can they surprise the world again?
Kim Yeong-jin-I has directed numerous soap operas for Korean television, including 2010s "Thank You for Making Me Smile". "Never Say I Cant" is his first theatrical feature.

The Show | Videos | Suggest a video

The Show | Links | Suggest a link