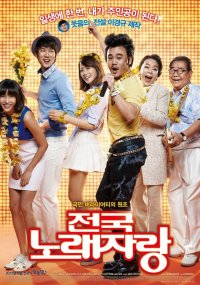 Formerly known as "The Singing Contest" on HanCinema
Synopsis
A movie directed by comedian Lee Kyeong-kyu about the laughter and inspiration of competitiors in the process of getting prepared for the singing comtest that has become one of Korea's representing event.

View all 144 pictures for "Born to Sing"