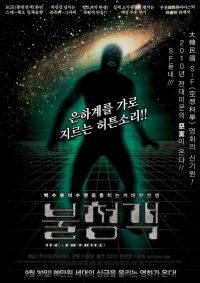 The fight of the unemployed to return to earth!
Jin-sik is in a slump before his employment exam. Kang-yeong and Eung-il live in a basement room with Jin-sik, and they are wasting their lives only sleeping and studying. One day, there is an explosion sound and a package falls. Jin-sik opens the box and Point Man, from a lonely star in the galaxy. Through his powers, he takes the three people and their house into the universe. They fight Point Man to return to home to earth...