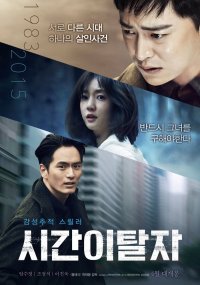 Synopsis
Synopsis
One murder, two different times.
Two mens desperate race against time to save one woman they both love.

January 1, 1983. High school teacher Ji-hwan (Jo Jeong-seok) proposes to colleague and lover Yoon-jeong (Im Soo-jeong), but moments later he is fighting for his life after he is stabbed by a mugger.

January 1, 2015. Police detective Geon-woo (Lee Jin-wook) is shot by a suspect.
The two men who live 30 years apart, fight for their lives on the same day, at the same hospital. As they come back from the brink of death, the two men begin to see through each others eyes in their dreams

View all 77 pictures for "Time Renegades"