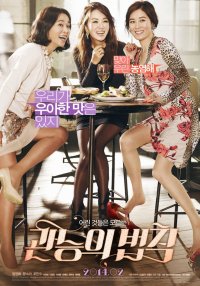 Formerly known as "The Law of Pleasures" on HanCinema
Synopsis
Independent TV producer Shin-Hye (UHM Jung-Hwa), self-assured housewife Mi-Yeon (MOON So-Ri), and single mom Hae-Young (JO Min-Soo) are a tight-knit group of 40-something friends going through the ups and downs of their lives and loves in modern day Seoul. This racy comedy is the latest from director KWON Chil-in, known for his frank portrayals of relationships and women's sexuality

View all 93 pictures for "Venus Talk"