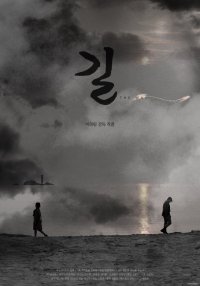 Synopsis
Lovers Na Yeong-ha and Cha Do-hee broke up for realistic reasons and lived different lives for more than a decade. One day Cha Do-hee contacts him and they meet at the beach where they have memories of each other. However, even though the two meet while reminiscing about the past years, they realize that they had lived too different lives, and they say goodbye to each other when the sun sets, without saying a word.

View all 10 pictures for "Way"