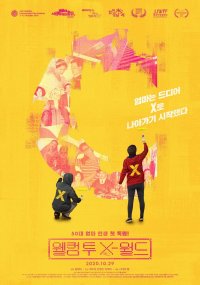 Synopsis
Three people live in Doosan Apartment in Guro-dong. Me, mom, and my grandfather. Even though it has been 12 years since dad died, we are still living under the same roof. I thought it was because of the financial situation that we could not move out of grandfather's house. But when I found out that mom already had enough money to get a house, I became confused. Why didn't mom move out from the "x-world" when she could? From a marriage that didn't work out well, to a father-in-law with a temper. Why has she been enduring it, unchanging, for all the time I had witnessed her life to become a woman against marriage? One day when my anxiousness was at its peak, grandfather suggested that we live separately. Mom, reluctant to leave Guro-dong that she'd been living in for 20 years and her marriage life, will she be able to find herself and move out well?

View all 26 pictures for "Welcome to X-world"